Have you ever had your head in the clouds, wondering what it must have been like to be a WW2 Paratrooper for the United States? Then perhaps it is time to stop the daydreaming and turn your fantasy into your living reality. 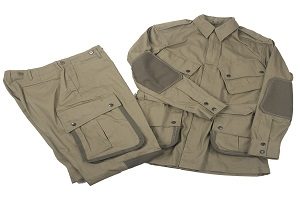 It took a special kind of man to enlist as a paratrooper during the Second World War, with enemies above and below that were ready to attack them. To be a successful American paratrooper, a person had to be willing to fly high into the sky and jump out over enemy territory. If they managed to make it through the threats in the air and land their jumps successfully, they had to literally hit the ground running, whether in the midst of battle or before the enemy could spot where they were.

In some cases, paratroopers were responsible for taking the lead against enemy forces, whether taking them head-on at the front lines or by providing a better scouting report of where the enemy might be located. Truly, the select group of men who were able to call themselves American paratroopers during this era were among the bravest group to fight in the Second World War.

Today, many average Americans are still interested in understanding the experiences these men dealt with on a daily basis. While they certainly can do without the fighting and warfare that went on back then, they are still interested in wearing the same uniform and jumping from planes, but to a much safer landing spot. Some people might even be participating in a historical event that requires them to look and act the part of a real WW2 paratrooper, while others enjoy the simple pleasure of collecting and maintaining paratrooper clothing and equipment. Whatever the reason may be, it is important to only use items that are as accurate as possible to the real thing.

There are many pieces that make up the complete U.S. paratrooper uniform. From headgear to footwear to insignias that decorated their uniforms and the field gear that supplied everything they needed, every single item is necessary for an accurate look. If you want to achieve the look and feel of a real paratrooper from World War II, then you are going to need to find a retailer that you can trust to meet your needs. Let’s save you some time and show you the only retailer worth trusting: At the Front.

With a vast selection of American and German World War II items, At the Front is the perfect place to find every paratrooper piece you could want. They offer each individual piece of clothing you would need, such as a field or paratrooper jacket, helmet, jump boots, and trousers, as well as the necessary straps and suspenders to hold it all together. They also sell the smaller items that will add greater detail to your overall look, like ammunition pouches, cartridge belts, holsters, and even insignias to add to your jacket.

If you would rather buy it all in one, they offer a package of the uniform worn by American paratroopers during Normandy. Their items are reproductions based off of the originals, but they are as close to the real thing as you will find. So essentially they are offering nearly-authentic pieces that are much more affordable than actually authentic options.

Visit their website, AttheFront.com, to make sure you do not miss out on any of their great paratrooper items. Discover how easy it can be to obtain a historically-accurate paratrooper look at an affordable cost that will have you feeling like a real WW2 paratrooper.

Create collages for free in minutes.

Photo Effects and Assets for Every Style